Would you like to switch to the accessible version of this site?

Don't need the accessible version of this site?

Diplomate of the American Board of Endodontics 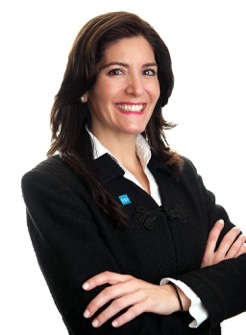 Dr. Jeannette Peña Hall is a Board Certified Endodontist who specializes in root canals. She is a Miami native of Cuban descent and is fluent in both English and Spanish. She graduated with a Bachelor in Science Degree from Duke University in North Carolina where she received the Howard Hughes Research Forum Grant in 1992. She later moved to Boston, where she graduated in 1998 Magna Cum Laude with a Doctor of Dental Medicine (D.M.D.) degree at Harvard School of Dental Medicine, and a General Practice Residency Certificate in the year 2000 at Boston's Brigham and Women's Hospital. Dr. Peña Hall was honored with the distinguished Oral and Maxillofacial Surgery Foundation Student Research Fellowship Award in 1994 during her dental school studies.

Dr. Jeannette Peña Hall continued her education with a postgraduate education in Endodontics at Tufts School of Dental Medicine in the year 2000. She opened her practice in 2002, and following the then required six years of professional practice, in 2008 she became a Diplomate of the American Board of Endodontics.

Through her years of training and the aid of a surgical microscope, she is able to provide the most advanced care to her patients.

Dr. Peña Hall’s technical ability combined with her compassion and sympathetic demeanor are what set her aside from the rest.

We look forward to hearing from you.